What is BERT? And everything about it! 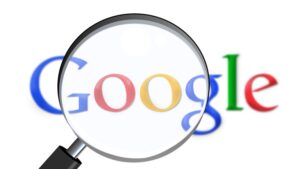 Changes have been always hard when you are so used to some pattern, although changes are good and are meant to happen. But changes happening in the industry are very crucial to be understood when it comes to applying them for the results. So Google algorithm is meant to keep changing after every decent period of time. And so there are more chances for leading the misinformation along the way.

So not falling for any misleading information, let’s get into the concept right now!

What exactly BERT is?

BERT literally stands for the Bidirectional Encoder Representation from Transformers. It is basically the natural language processing (NLP) for Google.

In other words, the BERT is a machine learning language or you might call it an Artificial Intelligence language of Google.

BERT is a deep learning algorithm which is related to the Natural Language Processing (NLP). This helps machines to understand what the sentences mean with a subtle difference with words and context. This can be used on large text bodies in natural language from the web.

What changes are made?

So, the big deal with the new update of BERT getting live happened around the word ‘Neural Matching’. The announcement made by Google in the month of September about rolling the new update of BERT forecasted that it will impact 10% of the search results. But again webmasters are confused about what difference will be made in the results of SERP after the new update is rolled out.

Google has a patent of many languages and the Neural and BERT are one of those. Although both the languages are going to work the same way, the algorithms that are used are different to rank the websites.

The BERT is derived from another project of Google. What BERT does is, it tries to decode the context of the searched terms via the process of masking. Taking into consideration the predictions, it tries to find out the relation of each word through masking.

And now, talking about the Neural Matching, the algorithm fetched out the closely related and highly relevant web documents on Google. The primary idea is to understand and find out the relatedness of the searched word to the concept.  For the same, it used the Super-Synonym for a better understanding of what the user meant by writing the searched query.

The Neural Matching algorithm will rank better when it comes to local businesses. As even though their site is not optimized it will get ranked with just the name and the description written. In the case of the Neural Matching, the primary factor will be just the relatedness of the words and the concept with the local search results.

In short, what has happened is the new update BERT is going to bridge the gap between the machines to understand the human language and make more appropriate anticipations. It basically does the good work to minimize the error and help to improve the results for the searched query. It’s a higher version of machine level language to communicate better with Artificial Intelligence used in the latest technology.

Saying that’s all about Google’s new BERT update, will share soon the results of how it works for the objectives for which is developed, stay tuned.