With people seeing video links shared on Facebook and coming to YouTube after that, obviously Google wanted something bigger to compete with Facebook. So it came up with Google Plus, a new social networking website which was similar to Facebook in many ways.

Google has added the Google Plus sign-in feature to its Google+ Application Programming Interface (API) for the app developers. App developers who work on Android, iOS and the web can now use Google+ API to add an option for the users to sign-in to their applications with their Google accounts. This is similar to Facebook Connect that allows users sign into apps with their Facebook credentials. 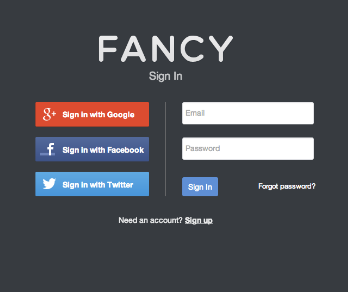 The new Google Plus Sign-in has been released with many features that include following points:

2. Installation of an app on mobile handset by signing in with Google on the PC.

4. Interactive Posts – This feature will provides a “call to action” button. When an app user engages in an activity such as buying an item, checking into a location, posting a comment, etc, they can choose to send an interactive post to a friend(s). The post is then displayed in the friend’s Google Plus stream where they would be able to respond to the “call to action.” There are currently over 100 button labels available for developers to use for app call-to-action buttons

Apart from these, there are many other features Google Plus Sign In feature is offering and proving itself as a worthy competitor to Facebook Connect.

The new features of Google Plus sign-in will definitely increase the visibility of the Google account on various applications as well as ensure a better and secured experience to the users.

Google feels that as the developers can allow users to sign in to their app with Google+ account, it will help increase the security of the content that is used in the application.

Developers can add some more interesting features offered through the Google+ sign in service. For example, developers can add this service to their applications with separate mobile and desktop versions to allow users download the mobile version of the application with their Google credentials. This will bridge the access limitation of Google + app on the mobile version and desktop version.

Google Plus Sign-in will also allow developers to let the users filter in groups of people on Google+ to share content with them.

This will certainly engage the users in sharing content to shop online, check locations, posting comments and many more activities.