Fake Number Of YouTube Views Can Spell Trouble For You

Fake Number Of YouTube Views Can Spell Trouble For You

In our Faking The Fakes series, we explained how fakes like on Facebook and fake follows on Twitter can damage your ranking as well as reputation.

We also explained that on LinkedIn, you can go through the headache of seeing spam links in your Inbox if you allow fake profiles to join your network. When the menace of fakes can haunt three biggest social networks, it only grows big when it creeps into YouTube in the form of fake views.

Does the concept of fake views on YouTube exist?

Of course, it does! It exists as much as you and us. There are fraudulent ways to increase the number of views on YouTube. 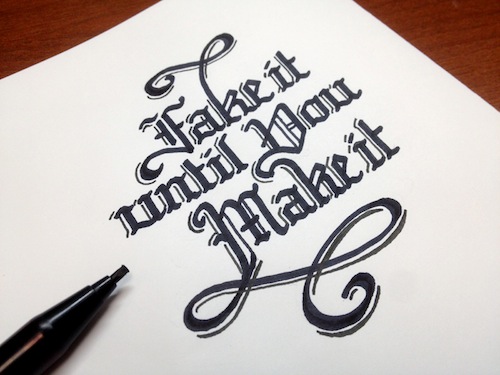 In December 2012, The Daily Dot blog reported that YouTube had stripped over 2 billion views from Sony and Universal’s YouTube channels due to a breach of their user agreement. These were all fake views.

Given the stature and status of brands that Sony and Universal are, this would have definitely been a huge embarrassment to these cine-giants. However, this was not the complete truth. Later, it became understood that what YouTube was really doing was transferring views from old, ‘dead’ videos from their YouTube channels, over to the active videos on the VEVO channel for each company. The two major labels actually own stake in VEVO and have been working on phasing out their old YouTube channels.

However, that is not the point here. What matters is that today, fake views can be bought like fake LIKES, fake follows or any sort of fake traffic.

People do that due to lack of education about how to truthfully build visibility online. They believe that more views (in a video), fans (in a profile), followers (in a website) result in increased likelihood. This will spell higher ranking and be seen by more people. This is partially correct. Not totally.

People who think more views would always result in more visibility lack education about the functioning of the music industry.

Most independent musicians feel that more views, fans, and followers result in increased likelihood to be ‘discovered’ by the industry and this will create an opportunity to sign with a label.

What damage can fake views do to musicians?

Actually, a lot! Musicians can face the following problems due to the malpractice of fake views on YouTube:

1. Fake YouTube views can cause detrimental damage to the overall visibility of pages:
Search engines are smart enough to identify the fake views. Buying fake views and increasing viewership will only give a temporary boost in search rankings. When fake views get figured out, the page rank will be reduced and such page will never appear in top search rankings of search engines like Google.

2. Follow (or view) numbers are only one criterion when it comes to the way sites will rank you in a search. The number is NOT THE CRITERION:
Like Facebook posts, YouTube videos are also observed on the basis of engagement and comments they receive. If engagement is less, social media and search engines will rank it low and it will rarely be seen.

3. A page or video flagged as spam is as good as dead:
Often fake followers and views come from either fake accounts or people in remote parts of the world. However, there are instances where the followers or views bought come from real people whose accounts had been hacked and they ‘liked’ the page or clicked the like button of video against their will.

In these cases, if even a single person acknowledges the fact that they themselves did not ‘like’ or ‘follow’ your page and decides to flag your page as spam, social media like Facebook,  Twitter or YouTube will forever hold this page as damaged goods. Once you get poor credit, it would be nearly impossible to reverse the process.

4. Fake Numbers Will Damage Your Reputation, Making Any Sort of PR More Difficult:
Transparency needed in social media marketing and PR. If you wish to reach out to new media makers such as bloggers and podcasters or trying to gain the attention of new potential fans, you can differentiate yourself from the competition is your social media presence.

Having a big follower or view numbers is a good idea. However, if a blogger sees your YouTube channel and sees that you have 10,000 views on your latest video, but zero comments and likes, or even worse, irrelevant spam comments which is a VERY common result of buying fake views, that blogger will never return to your channel or video.

The same can absolutely be said for the music industry as a whole.

Similarly, no record label will ever sign you if only you had a million fans or views. Record labels do give importance to social media but they are not stupid. They know it is very easy to buy fake followers and likes. If you are a musician and if you want to impress a record-producer, you need to show them an engaged fan base.

Not just a big fan base. Only an engaged fan base proves that the music you make has the ability to sell. That is when you can expect them to sign you.

5. Fake numbers would not result in conversations:
The conversion of fans comes from ‘likes’ and ‘followers’ to mailing list subscribers. It is the mailing list subscribers who are most likely to purchase from you, proving that they are really interested in what you offer in your video or page. This makes them qualified customers on a long-term basis.

Fake numbers will only boost your ego and what you understand as ‘visibility’ will not at all affect your conversion rate, keeping your social presence full of fluff, yet keeping your progress made towards a larger, engaged, purchase-ready fan base small. This would take you longer to achieve success.

Now you know how damaging it can be to buy fake views for your YouTube videos how it can ruin budding musicians.

Therefore, always aim it getting an engaged fan-base. Do you know any story where fake views on a video caused damage to the reputation of any musician? Post your comments and tell us.