We all loved our Facebook. We enjoyed receiving comments on our wall and posting on the wall of our friends. Then came the Facebook Timeline.
Many people were attracted towards Timeline because it offered many new features. However, at that time, Timeline was available only for web developers. Many people including a friend of mine mentioned their jobs on Facebook as web developers. I was not interested in the Timeline. 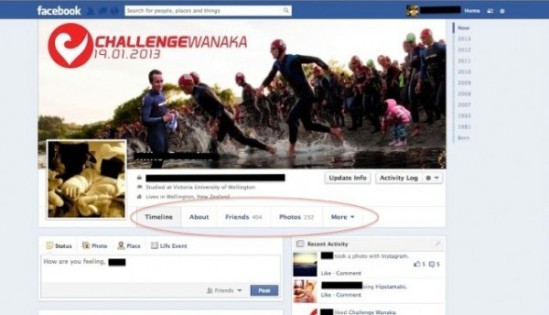 However, months later, Timeline was made compulsory for everyone. Many Facebook users around the world did not like the idea of Facebook forcing Timeline down the throat of users but there was nothing any Facebook user could do about it.

A recently published report in “The Next Web” says that soon Facebook will have a single column Timeline… Facebook first rolled out the new change in New Zealand. Now it is being rolled out in other parts of the world. However, it is not immediate as my Timeline has not witnessed this change. The same thing goes for more than 100 people on my friend’s list.

Let us see how soon it reaches your timeline and how people receive this change.

Currently, this change has given new look to many personal profiles but soon, Facebook will extend it to brand Timelines as well.
This new change in Facebook Timeline also offers the ability to “rearrange” the boxes in the right-hand column (Likes, Photos, Map and so on). Previously, you could only choose to hide them altogether.