SocialChamps is known for its excellence in promotion and marketing on social media platforms. Expertise and knowledge are two treasure which do not get exhausted even if they are shared.
SocialChamps did the same. It shared its knowledge with a group of students from Managerial Excellence Resource Center (MERC) which is a reputed business school.

On Saturday, 12 January 2013, Social Champs welcomed a group of MERC in its office. All students were elegant and their attires could put the Will Smith and Tommy Lee Jones of MEN IN BLACK to shame.
MERC students had started a competition called B-Shastra where participants were expected to come up with innovative business plans for things like marketing, advertising, etc.

Based on the concept of Hindi word “Jugaad” (which means creative improvisation of some product in such a way that it can be successfully used for something for which, it is not meant for), this competition invites unique ideas. The main objective of every idea presented should be quick thinking and quick fulfillment of market demands at the lowest possible prices. With this competition MERC aimed to encourage the participants to be innovative. This competition is for undergraduates to MBA students.
[pullquote style=”center”] In the words of B-Shastra:
“We are at an inflection point where the convergence of globalization, technological innovations, knowledge-based economies, and demographic trends have led to an increased focus on the effects and importance of entrepreneurship in Indian Context.”[/pullquote]
Apart from supporting innovation, B-Shastra has some other objectives as well that includes the creation of a successful entrepreneurship ecosystem and give the opportunities of entrepreneurship to graduate and undergraduate students across India.
MERC students needed help to promote B-Shastra online.

Students explained their usage of social media to promote B-Shastra. More than 90% of their activities were limited to Facebook and Twitter.

SocialChamps team members started enlightening MERC students with some suggestions that could popularize MERC and B-Shastra on social media.
SocialChamps suggested MERC students launch separate B-Shastra Facebook Page and link it to MERC Facebook which already exists and has a huge number of LIKES. MERC students were also told to explore media other than Facebook and Twitter. Platforms like Pinterest, YouTube, Google+ and buttons for social media on web-page were suggested to them. 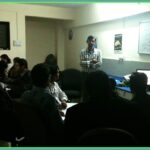 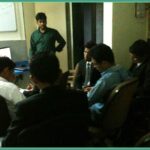 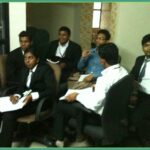 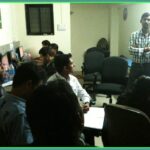 SocialChamps team members reviewed their website and suggested the required changes.
SocialChamps also explained that how variety could be added in terms of updates on pages that included funny posts, trivia, videos, sharing of success stories of alumni, etc.
SocialChamps team is confident that these suggestions will be helpful for students and will be interested in witnessing the increase in the media presence of B-Shastra.