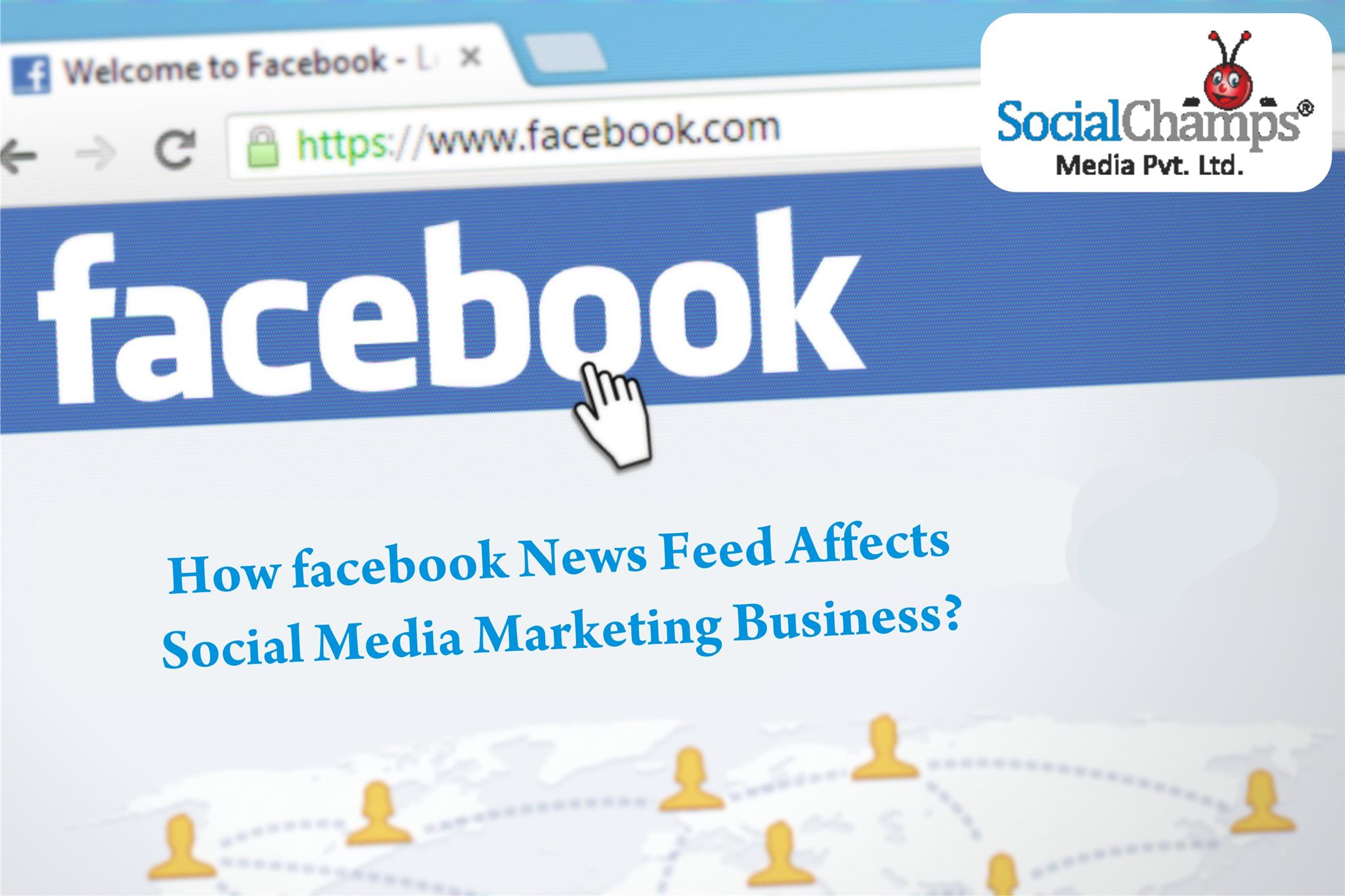 Facebook wants its users to have meaningful interactions. But how does that mean? How Facebook News Feed is going to affect the Social Media Marketing business, let’s have a look at some facts and findings.

The algorithms which are responsible for running the Facebook’s news feed are recently changing, these algorithms show a computer curated selection of posts from other users and facebook pages. It will not prioritize helping you find the relevant content which explained by its founder, Mark Zuckerberg. The new goal of Facebook will be to have interactions that are more meaningful.

Today, most people’s news feeds are dominated by professionally created content from brands, businesses and the news media. Zuckerberg stated that Facebook needs this balance, so your feed can instead be dominated by posts from friends and family, as well as facebook groups you are a member of.

The change is not reflected online, so it is hard to know how different this approach will be. In a different aspect, it can just be the “experiment” facebook ran in six smaller countries, where it removed wholesale any post from skilled publishers and put them in a second feed, the “explore” feed.

But if Facebook takes the unfinished approach, the impact will be as same as any other tweaks to the news feed algorithm, which subtly alter the balance of content, changing the types of posts which have the most success however not removing them entirely.

What are the consequences in a broader sense?

Some publishers and civil society groups have reacted with alarm. Guatemala was one of the countries where this experiment was driven, some journalists reported audience halving overnight as a result of them disappearing from most social media feeds. A similar modification worldwide would bring disturbance on the media system, as well as the ability of activists and campaigners to possess a voice with the wider public.

But the pain will not be shared equally. Past experience suggests the organizations that will be most broken will be those who depend most on Facebook to generate traffic; organizations with a dedicated base and management of their own platforms will find it easier to ride out the modification.

As Facebook begins to compute the content that is responsible for meaningful people-to-people connections and interactions, marketers will expect the organic reach of their Facebook pages to drop.

Specifically, users can see more posts from individuals they’re connected to in the news feed and fewer content from pages they follow. This is often a significant change from the previous values of the news feed, which prioritized the total time spent on Facebook and the way many people shared posts directly.

While Facebook still considers page content as an important aspect for its system, the news feed will shift the main target from ranking content that’s directly consumed from pages (which can shrink in reach) to content that is shared and talked about among friends (which can grow).