What’s up with WhatsApp?- Changes are being rolled out! 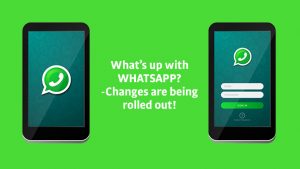 Now the major changes are happening with the brotherhood of Apps, how there could be the no change or an update in the most loved and used messaging app of everyone, WhatsApp?

With the fact that Facebook has changed the UX/UI for the better experience of the users, even WhatsApp has rolled out some changes in terms of giving the massive user base the more pleasant experience.

The Beta version of WhatsApp has made to taste the changes prior to whether people are liking the changes or not. But since they have made the changes final, it might be good enough to try out.

Talking about the major changes in the WhatsApp, the most visible change has been made is ‘Dark Mode’. They have given you an option of picking the themes, one of them is Light Mode which is the normal one and another one which is new add on, is the Dark Mode. In the Dark mode, right from the chat list background to the personal chat window have turned out in the typical black with the combination of the green color so as to match the color of the WhatsApp logo, Green.

After testing the Beta version on Androids, the Theme update is finally available on i-OS users as well. 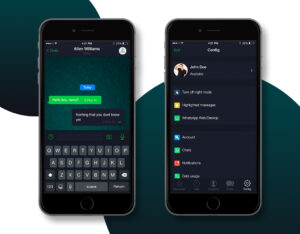 The Dark Theme of the WhatsApp in i-OS looks like.

The next one which amazed me more as an update is, the WhatsApp Pay has been introduced. As in the payments will be made on and from WhatsApp. The simple messaging app has come up with its own payment gateway and being the most loved and widely used messaging app, people are definitely going to like the easy ways of getting payments done.

The regulatory approval has been granted by National Payments Corporations of India (NPCI), to operate the WhatsApp Payment in India on February 6, 2020.

Nearly 2 years back, in 2018, the California headquartered messaging app stated that they are willing to offer the WhatApp Pay to the Indian users as well, as a part of a trial run. The approval for the payment app has been followed by the Reserve Bank of India- RBI’s go-ahead for the app that was reportedly issued recently.