In the article, “Measuring Social Media Influence” you witnessed the value of social media influence. 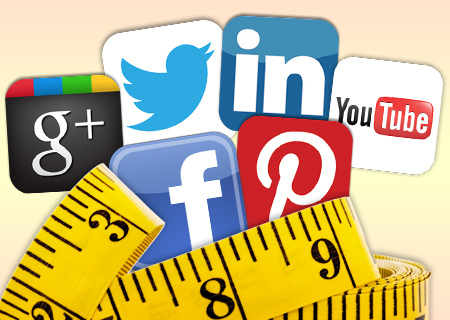 There are many tools for measuring social media influence. They are as follows:

“We think you are influential. Klout isn’t about figuring out who is on the ‘A-list.’ We believe that every person who creates content has influence. Our mission is to help every individual understand and leverage their influence.”

PeerIndex: PeerIndex describes itself as a measure of your online social capital. It offers:

Twenty feet: On Twenty feet, you will find aggregated stats in one place. Your overview of Twitter, Facebook, YouTube, bit.ly, Google Analytics, Myspace and more. You can see how your key performance indicators develop over time. You will be nudged when your metrics change significantly.

Empire Avenue: According to their homepage, Empire Avenue is all about investing your “social capital in people and brands for free using virtual currency” and “Engage and expand your social networks, and learn how to use social media more effectively.”

WhoSay: This is a service that helps artists, athletes and iconic personalities connect with their fans. When you see someone posting via WhoSay, you‘ll know that it is real, authentic messages, photos, and videos coming from your favorite people.

PostRank: This service tracks where and how users engage, and what they pay attention to — in real-time.

Influencer Exchange: Another tool for the measure. According to its official website, its description is as follows:

Are there some Twitter-specific measurement tools?

With small tweets, brands promote themselves on Twitter. Therefore, in order to help such brands and enable them to measure their social media influence, there are some tools which are as follows:

Tweetlevel: TweetLevel is a purpose built tool for PR and marketing to help ensure brands use Twitter effectively. For the About page of its website, its description is as follows:

This tool will be in permanent beta as we seek to continually improve its functionality based upon your feedback. Even though we believe that it goes a great way to understand and quantify the varying importance of different people’s usage of Twitter, by no means whatsoever do we believe we have fully solved the “influence” problem.

Twitalyzer: Twitalyzer sees and analyzes the people in your social network. Mostly for a variety of fees, it will give you data across at more than 25 metrics. Its description according to its website is as follows:

Twitalyzer‘s Benchmark report allows you to generate ranked lists of Twitter users based on their stated location and the tags that have been applied to their profile.

TweetGrader: Earlier is known as “TwitterGrader”, this website allows users to see the following things:

Twitaholic: “Twit-tastic robots”, as they are called by the owners of Twitaholic, scan Twitter a few times a day to determine who the biggest twist is. Enter your Twitter account name to get your ranking on Twitter (by followers) and by location.

So with 12 tools for the measurement of your social media influence, which tool have you decided to use? Why do you think it is best for you? Post your comments.