Today, we are really glad to wish Rajnikanth, the legendary Superstar of Tamil cinema. Born as Shivaji Gaikwad, today He is the richest movie star in India and the second richest (only after Jackie Chan) in Asia. The glory and greatness of Rajni Sir cannot be shared in words.

For years, his extraordinary stunts in the movies have won him appaluse from his fans. There are many temples in Tamil Nadu dedicated to Rajnikanth. 🙂 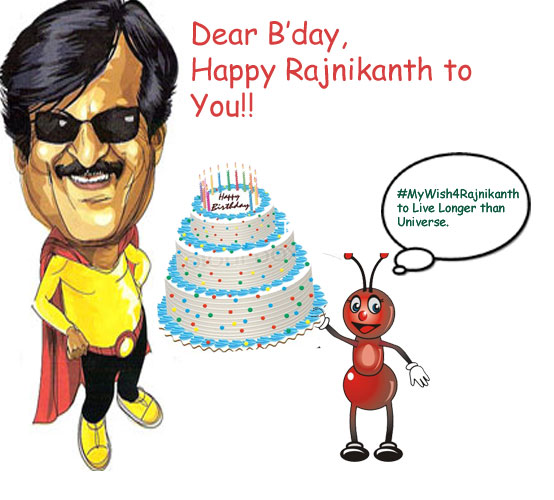 So what do you wish Rajnikanth to do? Tell us as a tweet with #MyWish4rajniKanth and you may get a chance to be featured on Social Champs blog.