The digital media has changed very drastically, in the way that we shifted from the daily newspaper to the monthly subscription of digital newspapers and digital magazines.

Also, we have changed through the era of changing the songs from the shuffled playlist from i-pod to using the paid playlist from Spotify or Soundcloud. 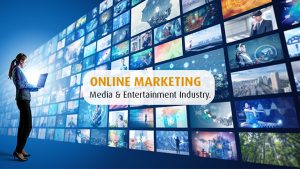 Not only has this but the way that we have started consuming content changed as well. Now most of us prefer e-book instead of the real, hard copy of the book. We prefer video content moreover articles & blogs, and this list of changes goes on and on.

Also, the mediums through which the content is getting consumed are changed as well.

For example, now there are several options rather than only television to watch serials or movies. We have got several other options like YouTube, Netflix, Amazon Prime videos MX player, Hotstar, Voot, and many such more.

Talking more about it, the major shift has happened in the basics of the revenue generation in the industry, and then let me take you a little back into the time and tell you that the major focus of earning revenues from the media & entertainment industry was the advertising.

The whole industry was monetized due to the sponsored column ads in a newspaper, full-page covering ads in magazines, or television and radio commercials. And this ad-revenue era ends a couple of years ago, where it slowly started transforming to the consumer-revenues.

The e-commerce industry has grown to some new sky, where the largest retailer has generated a subscription of $2.5 billion back in the year 2016, which has grown from $57 million in sales from 2011.

Many of the people are sharing their views about e-commerce and online subscription for the shopping websites and for online entertainment purposes on popular sites like Netflix, Amazon Prime Video.

This number is growing day by day as the personalized experience is getting offered to the customers and that has shown an increase in the number of people engaging to the subscribed- content available online.

However, this shift in the industry is still young and evolving in many aspects throughout the globe.

Since a couple of years back, the entertainment marketers are reported to spend 14% of the budget on improving the website and overall online presence of the companies.

This shift of the business capital is done to maintain the pace with the super fast-moving online industry and to provide people with the rich and personalized experiences, as well as responsive content. 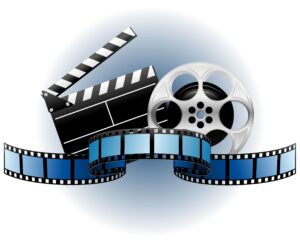 How many times have you come across the video ads or trailers of some new releasing movie before the actual video starts on YouTube? Not only at the starting of the other videos, but it sometimes also comes in between the videos that you are watching.

This is one more source of generating revenues through advertising. Nowadays people are consuming video content more than any other content platform. So it works better for others to market their products on video platforms rather than anywhere else. Showing which video ad to who also needs to be analyzed.

It is done by the programmed software because then only it works the way it is expected to be. Programmed video marketing is the industrial word for this process and it is working pretty well for the market right now.

Let’s talk about the examples:

A couple of years ago, a person who is a videogame designer, who has no formal knowledge of filmmaking, Oren Peli made one of the most successful horror films ever, called Paranormal Activity.

The film got shot back in the ear 2006 which cost $11,000 then. The main question that stands in front of us is what caused this movie to burn a huge fire on social media?

No doubt the social media marketing of the movie was done right. This was the first shot back then to happen to viral marketing in the film industry. (Give the link of the blog written on the viral marketing earlier!) The investment of $11,000 generated the total business of the $100 million, which is non-ignorable.

This all happened back in the year 2019 through digital marketing. To make understand the seriousness of it, let me tell you, back then was the time when the concept of digital marketing was just getting into the light and not as many people as today were familiar with the digital marketing platform.

And not long after this, the Paranormal Activity made to the nationwide release in less than a month.

If the film gets 1 million hits on the internet then the film will be released in the various nations where people will demand it. So this thing got so much hit on all social media platforms like Reddit, StumbleUpon, Facebook, and Twitter, where then people screamed about their demand for the film release.

The web of the internet did all the magic of passing the information without involving the further paid advertising campaigns on social media. As a result, people were super excited and hyped long before the movie gets released in their hometown. 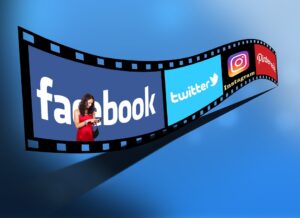 People started feeling more powerful as the distribution was in their hands. Has, ever, happened in the history of the cinema industry?

Coming to the conclusion that this has started to happen from a couple of years back, it just took different elevations along the way. The new technologies got introduced and we could pay to make the content reach more people.

But making the viral content needs that X factor, or should we call it V factor here?

Definitely the results are pretty impressive and it’s working for the industry so far in terms of marketing.