Today, social media has become an important and significant part of cinema. The proper marketing and promotions of a movie are as important as good content if a maker wants his movie to be successful.

When it comes to marketing, today social media (especially Facebook and Twitter) has become an important tool that connects the makers and marketers of a movie with their fans (target audience). 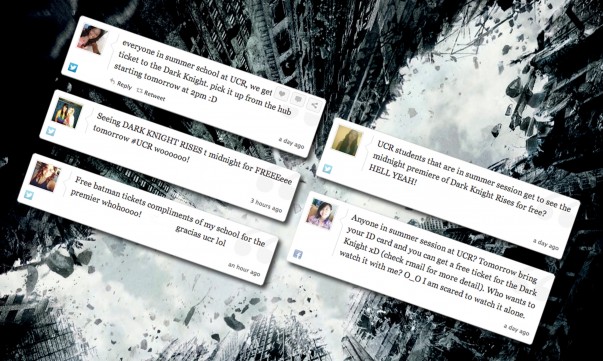 Do the makers of cinema really care about social media?

For example, Warner Bros (WB) Pictures had their presence on social media for a long time but they launched dedicated Facebook pages and Twitter handles to promote their movies The Dark Knight Rises and Man of Steel. In order to promote Man of Steel, WB released a 30-second teaser one year before the release. After five months, came the first trailer. A few months later, a second trailer has a longer duration came.

Then one month before the movie release, came the trailer titled “You are not alone” which aimed at creating the buzz about General Zod, the main antagonist of the movie, portrayed by Michael Shennon.

Paramount’s Paranormal Activity was made for less than $15,000 went on to gross more than $150 million at the box office.

Paramount extensively used Facebook to promote the film, partnering with Eventful to get would-be fans to request a screening of the film in their area. The goal was to get 1 million fan requests for the film to enter wide release. That goal was met pretty quickly, but the real proof came via the box office receipts.

Closer home, Yash Raj Films (YRF) started their social media promotions for Dhoom 3 by releasing a motion poster on YouTube. Weeks later, they released less than 2-minutes teaser where Aamir Khan got most of the screen time. Then in the last week of October, a full-length trailer was released on YouTube that gave a fair idea about the theme and storyline of the movie.

Recently, the news of Dhoom 3 trailer and Krrish 3 trailer crossing 100,000 views on YouTube within a short time shows how important social media has become for the film promotion and how much the movie-watchers love this trend.

Do people really decide their choice of movies due to social media coverage?

One survey by Filmfans infographic says many things about the relation of movies and social media. Following are the ten important findings of that survey:

Hence, we have explained the significance of social media in the promotion of movies and the mood of audiences with regards to social media coverage and presence of cinema is clearly visible.

In the next part of this article, we will discuss the opinion of market researchers and the response that social media promotions generate for movies.

Are you also planning the promotion for your upcoming movie or television soap, you can connect with us for a free consultation.