The arrival of Hashtags:

The buzz of hashtags coming to Facebook had started in March 2013. Finally, they are here.
Facebook said:

Greg Lindley, a Facebook product manager, wrote in the blog post:
“Every day, hundreds of millions of people use Facebook to share their thoughts on big moments happening all around them. Whether it’s talking about a favorite television show, cheering on a hometown sports team or engaging with friends during a breaking news event — people on Facebook connect with their friends about what’s taking place all over the world. To bring these conversations more to the forefront, we will be rolling out a series of features that surface some of the interesting discussions people are having about public events, people and topics.” 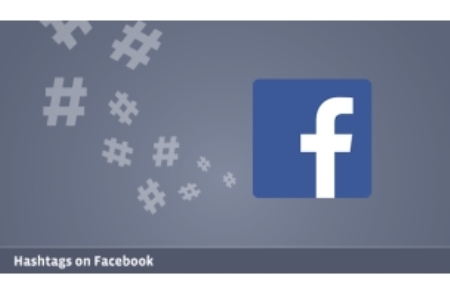 Facebook did not elaborate on what other new features be coming soon.

Facebook noted that between 88 million and 100 million Americans used its service during primetime television hours. Game of Thrones’ Red Wedding last week was mentioned 1.5 million times, while there were 66.5 million interactions (which include likes, comments, and posts) around this year’s Oscars.
A company spokesperson said that from a privacy perspective, hashtags will work similarly to Facebook Graph Search. In other words, you will only see the comments that you are authorized to see. If a hashtag has been included in a friends-only post, then only your friends will still be the only ones who can see it in a hashtag search.

This is a screenshot of the Hashtag feed on SocialChamps Facebook page: 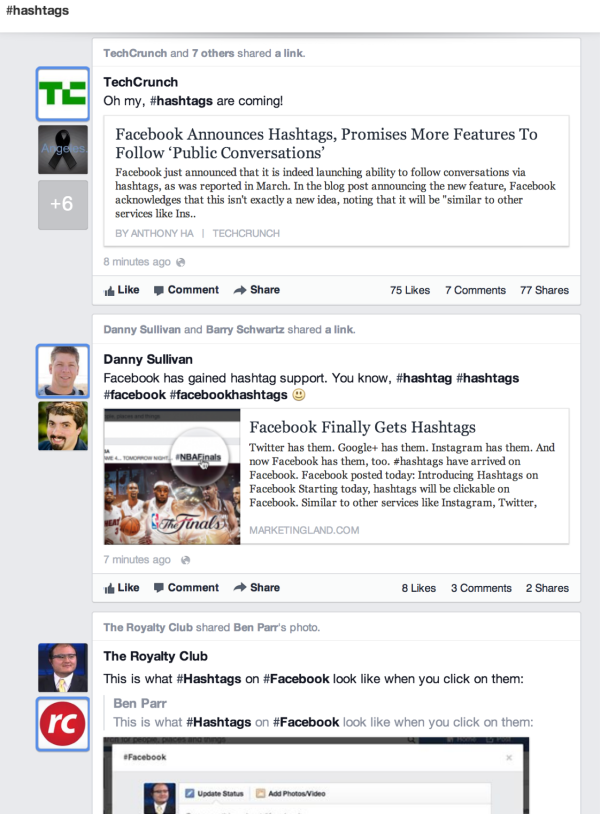 Hashtags from all platforms will work:

Currently, there is no way to see what popular hashtags on Facebook are. Even typing words into the search bar beginning with # does not produce any suggestions. However, Facebook says this will change, with “trending topics” coming in a few weeks:
Not at this time, but we will be rolling out trending topics in the coming weeks.

Hashtags should help Facebook better compete for advertising dollars since they have proven popular with advertisers doing branded campaigns.

For example, hashtags were heavily used in the last Super Bowl. Obviously, Twitter got far more mentions than Facebook, since hashtags — in terms of how they were used by advertisers — really only worked for driving conversations on Twitter.

Now advertisers and marketers can use Facebook for hashtag conversations that they want to build.
How was your first experience of seeing hashtag feed on Facebook? Share your experience